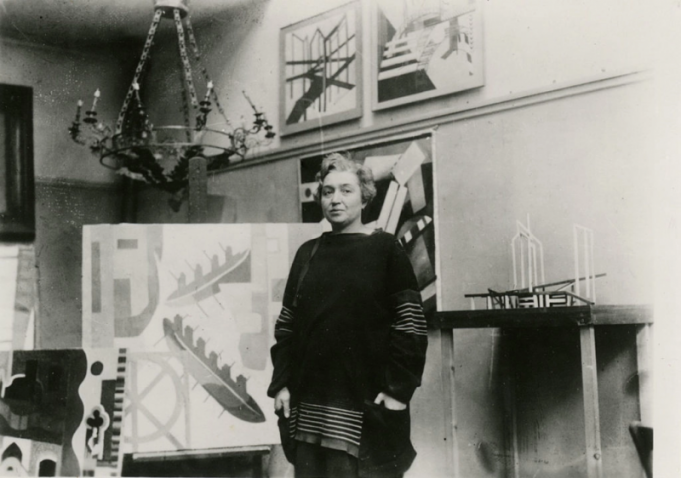 Oleksandra Ekster created a bridge between the Ukrainian avant-garde and the latest art of Western Europe. It was Exter who brought cubo-futurism to Ukraine, gave French artists bright colors, reformed world scenography and combined avant-garde with Ukrainian embroidery.

Alexandra Ekster in her Paris atelier

Oleksandra Exter was born on January 18, 1882 in the city of Bialystok in the family of a Belarusian Jew and a Greek woman. Soon, her parents moved from Poland to Kyiv, and Asya, as her friends called her, became a Kyivite. Ekster traveled a lot, but she considered Kyiv to be her home. And it is not surprising – the artist lived in this city the longest, about 35 years.

In Kyiv, she graduated from St. Olga’s Gymnasium and the Kyiv Art School, where she studied with future avant-garde artists Oleksandr Bogomazov and Oleksandr Arkhipenko. Her studio was located in the attic, where at one time the future luminaries of the world decorative art Vadym Meller and Anatol Petrytskyi worked.

Since 1907, Oleksandra traveled through Europe. Exter went to Paris for new impressions. Acquaintance with the poet Apollinaire, a supporter of the new art, led Exter to Picasso’s studio, where she finally found her style.

Before finally moving to Paris, the artist visited Ukraine for a long time and took an active part in its artistic life. Exter was a co-organizer of the modern art exhibitions “Lanka” and “Kiltse”. She headed the Ukrainian embroidery production team. Ballerina Bronislava Nizhynska gave the artist the opportunity to arrange performances that she held in Kyiv and other cities.

The Soviet regime forced Ekster to leave Ukraine for good. In 1923, she went to prepare exhibitions, first to Italy, then to France – and did not return. The Soviet country no longer needed avant-garde research.

Somehow, in response to criticism of the coloristic decision, Exter wrote several monochrome works. After that, her cubism exploded even more with all the colors of the rainbow.

These works were a commercial success. The artist said: “Young Slavic peoples prefer joyful bright colors.” Under the influence of Alexandra Exter in particular, the French cubists released their palette. But Ekster went further and became an abstract artist, which her Parisian friends — Picasso, Braque, Leger — did not dare to do.

Together with Sonia Delaunay from Odessa, who was also inspired by the colors of Ukraine, Exter is also considered the founder of the Art Deco style, which is characterized by bright colors and ornamentation.

Oleksandra Exter’s greatest fame came from working with the theater together with the head of the Moscow Chamber Theater Oleksandr Tairov from Poltava. She made scenery for three of his plays – “Famira-kifared” (1916), “Salome” (1917), “Romeo and Juliet” (1921), which changed the world scenography.

Not for the first time, Ekster beat the entire cube of the stage, and not just the tablet floor. She designed the stage action succinctly, constructively, and movingly. It was later adopted in Europe and America.

At the same time, in the Chamber Theater, the artist offered to paint the faces of the actors as an addition to the costumes. Along with the outrages of the artists Mykhailo Larionov and David Burlyuk, these experiments are considered to be the forerunner of body art.

No way without design

After the death of her husband Mykola Ekster in 1918, the artist was left with almost no money. Like Sonya Delaunay in her time, Alexandra Ekster took up a wide variety of fields — she illustrated futuristic collections, created sketches of dresses, scarves, pillows, lampshades, participated in the organization of decorative art exhibitions, and taught.

Collectors especially appreciate the marionettes that Exter created in the 1920s and 1930s. Most of these figurines were made in a single copy. In the early 40s, she also worked on unique handwritten books.

Alexandra Exter took an active part in Parisian artistic life, continued her theatrical activities, her sets even crossed the ocean and were exhibited in New York. But later, the easy and successful times, unfortunately, ended.

During the Second World War, the artist led a half-starved life. In 1947, her second husband died, and she herself died six months later. Her student, friend and heir Simon Lyssim, had to do a lot so that the incredible Alexandra Ekster was remembered again.

The artist “returned” to Ukraine only in 2008 – an exhibition of her works was held at NAMU. Now only a few of Exter’s works are preserved here, but her work is inextricably linked with Ukraine and still connects us with Europe. 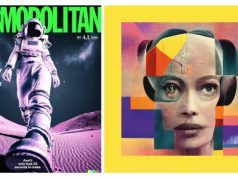 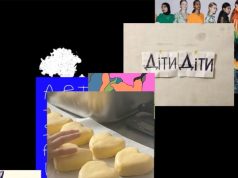 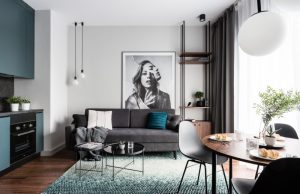 Peter Licki - February 1, 2020
0
This small apartment in Poland designed for rent, so the designers were set the main task — to arrange comfortable accommodation with full functionality,...

Pools is one of the most popular in spring and summer...

15 Irresistible Modern Wardrobes You Will be Inspired of

Children’s room is in the details: ideas for organization of space