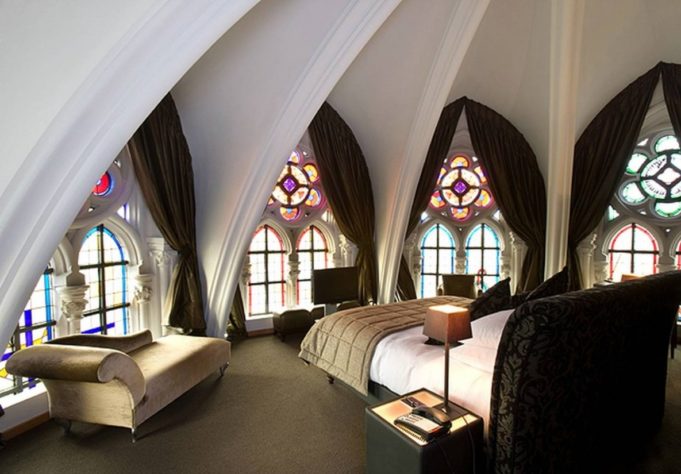 Gothic style was born and formed in European countries in the 12-15 centuries. During these years, it remained the dominant style in the architecture of Western Europe, gradually replacing the outdated Romanesque style, which has gained great popularity in previous years. Gothic is related to architecture. It was in architecture that the greatest number of innovations offered by the masters of that time was manifested. Over time the Gothic style began to lose its popularity, but in the 18-19 century it was revived, and now you can often see the Gothic decoration of the premises.

Gothic style originated in France, which was at that time one of the leading countries in Europe. A distinctive feature of the style was a departure from the traditional Romanesque architecture of massive and gloomy forms in the direction of light and sublime designs. Gradually the style developed and soon became not only French, but also a pan-European trend. Features of Gothic architecture are high narrow towers, carved facades and the introduction of pointed arches.

In the interior Gothic style manifested itself primarily huge elongated Windows, colorful stained glass Windows and the use of lighting effects. That lighting played a key role in the formation of the Gothic style. The buildings of the early middle ages, which had a more exclusively protective function, did not have enough light, leaving no opportunity to diversify the castle walls with bright patterns and large Windows.

In the Gothic style walls and Windows turn into something airy and light. Inside their painted many bright colors and decorated with beautiful carpets.

The main colors of the Gothic style

In the middle ages, the colors did not differ in a variety of colors. These were mostly cold and dark colors, the effect of which was enhanced by additional factors, such as the play of light. Most often in Gothic used red, blue, green, yellow. Other shades were used, such as purple, ruby, blue -black, pink. Gold and silver threads were added to the ornament. In a modern interpretation of Gothic these colors go by the wayside, leaving the front white.

Learn how to think well about the design of the bathroom in Khrushchev, to make this room comfortable and attractive.

To properly organize the design of a small apartment in Khrushchev, read this article.
See our article, what can be the original design Studio apartment.

Gothic style in interior design: what finishing materials to choose

The main materials of the Gothic style are stone, wood and marble. The wood used in interior decoration was mostly colored – cedars, pines, junipers and oaks were frequent guests of living rooms and bedrooms of that time.

Wood or stone carving was very popular during the heyday. Metal played a special role in expressing the innermost essence of the style. That is directed towards the cold ceiling design give the room a coldness and finality. The same effect can be achieved with the help of stone, but only on the scale of the whole building, and indoors it is metal structures that give them a special flavor.

An integral element of the Gothic style is a high fireplace with shelves, often filled with dishes.

But the Gothic style in the interior implies not so much the use of color and material as their successful combination. New items fit into the already familiar composition, bringing a fresh stream of outdated and boring design halls and rooms.

Usually Gothic-style furniture was very grim and clumsy. Basically, all the objects created in the heyday of the Gothic, had similarities with the external design of buildings. Therefore, in the intricacies of patterns can be seen towers, window patterns and similar elements. Also on the formation of furniture left its mark on the Church, which enjoyed in those years a significant influence and popularity.

Therefore, most of the elements are related to the Church theme. Most household items are very simple and does not claim to be a masterpiece of world art. Massive chests, heavy cabinets and huge screens, reflecting the elements of window covers, fit into the room and created a contrast except only chairs, which are often installed on special elevations, making them look like the thrones of kings.

When they were used in the columns on the handles and a large backrest that protects from sudden drafts. In the bedroom there were beds with columns, on which hung a canopy, which closed it from prying eyes.

Originally decorate the walls of the bedroom is very difficult. It is especially important to know how to better organize the design of wallpapering in the bedroom.

Before you start to make repairs in the kitchen, learn from us how to choose Wallpaper for the kitchen.

How to create a Gothic style in the interior

In General, the cost of creating such an interior will be considerable, but the Gothic style in the interior justifies the invested funds for its grandeur.

First, to implement the idea you need a large room, which will be enough light and space for massive furniture, whether living room or bedroom.

Secondly, the floor in the hallway or corridor can be decorated with tiles. For residential premises will suit a dark Board.

Thirdly, the walls should be decorated with different similar patterns. You can go further and show the stories of medieval knightly exploits.

Then do not forget about the massive furniture that can be decorated with decorative patterns and ornaments. But the main thing here is minimalism in everything.

For a multi-storey house in the city center, the use of arched Windows is impossible, but for a country house you can use a similar option. You can also make interior Windows.

Stained glass Windows will be a worthy decoration of the cottage Windows and bring variety to the walls of urban apartments. Often the plot for stained glass Windows are flowers and plants, such as a rose or Shamrock. It is possible to include in the ornament unseen animals and knightly fights.

To top it off, you should take care of the lighting. Chandeliers with low suspensions, floor lamps in the form of candlesticks with elements of bronze and brass will strengthen the influence of Gothic style in the interior. At the end, if the space allows, you can install a fireplace with Gothic or Celtic emblems and symbols.

Now the Gothic style in the interior is desirable to apply only in large rooms, where it is possible to fully implement all these ideas and not to create excessive crowding objects, providing the room with a view of the closet with trash, not a living room.

This style is more suitable for people who have an extraordinary character, able not only to create such, but also to live in an environment of the middle ages. 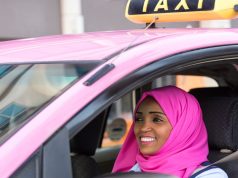 Makhno Studio from Ukraine created a collection of Bavovna lamps

35 ideas of the arrangement of the cellar