Keeping up with the times

First people create a weapon, and then they create a defence against it. Armour was once useful as a deterrent against a sword or arrow, but with the advent of firearms, it became useless.

During World War II, we wore body armour. They were able to withstand bullets at that time, but the better the means of destruction became, the better the protection had to be. Steel designs began to be modified and ceramics came into use.

The body armour is now divided into several classes, depending on the degree and the means of destruction it can resist. The main lethal elements at the moment are shrapnel and bullets. In the field, when an army is going up against an army, shrapnel protection is the most needed. However, during special operations, a weapon can also cause a gunshot wound (the distance to the enemy is short, and the probability of hit is far greater than in the open air).

Today, personal protective equipment has become an indispensable element in preserving life in a combat zone. In particular, body armour, as a basic element of protection.

Personal protective equipment is classified according to the protective properties of the armour. The waistcoat itself consists of ballistic fabric, plate carriers and special plates (metal, titanium or ceramic).

Depending on the class, the waistcoat’s construction may include additional elements. For example, a bulletproof collar protects the neck and a special section for the groin area. In addition, shields can be placed on the side of the waist brace to protect the sides. The body armour may also include shoulder pads to protect against projectiles.

Composition of a modern bulletproof vest

The bulletproof vest design directly depends on the type of threat the person will face. Thus, a bullet-proof waistcoat whose task is to stop a pistol will include either aramid fabrics or high-molecular polyethylene. Such body armour is soft and relatively thin, as fewer layers of armour are needed to protect against a pistol bullet than, say, a machine gun. The fragments are similar to pistol bullets, so the composition is similar: aramids, high-molecular-weight polyethylene, or a combination of these. Ceramics combined with polyethylene or steel plates and an aramid package to hold back the projectiles are used to create a protection against automatic and rifle bullets. Such bulletproof vest with such a composition can already save from a rifle or machine gun bullet.

All body armour plates are subject to operation temperature limits. Their shelf life is, however, determined by the intensity of use. Over time, the possibility of cracks in the ceramic increases, so the material will periodically “shine through”. Steel armour elements do not need this. But even if there is no visible damage, the flak jacket is still removed after 5 years of use. 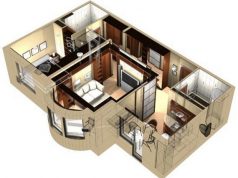 Building projects: what is it and why should it be ordered before construction? 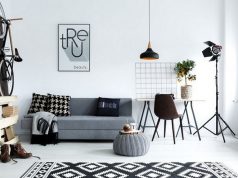 Decor and home decor – everyone can be a designer 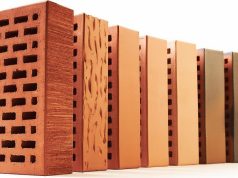 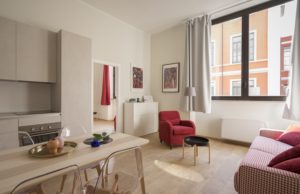 Time for change: 5 ideas for quick and easy interior renovation

Peter Licki - July 14, 2019
0
Spring is a time of change, when you want to update in all spheres of life. Some women change their appearance, wardrobe or work,...

Is it worth buying furniture to order?